The death of the famous film director on January 10, 2015 at age 92, has prompted this affectionate tribute which will be held in Palazzo Lanfranchi, Matera on January 23 and 30.

Rosi was an honorary citizen of Matera and three of his most important films were made in and around the city itself, probably the most famous being Christ Stopped at Eboli.

A classmate of former Italian President Giorgio Napolitano, Rosi made a significant impact on the international film industry. The British Film Institute commented that: “he will be remembered above all as the master of the ‘cine-investigation’ and an influence on several generations of artists, including the likes of Martin Scorsese, Francis Ford Coppola, Paolo Sorrentino”. 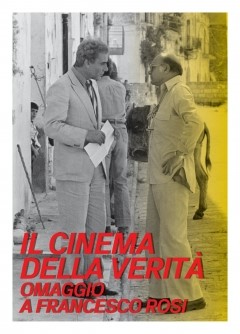